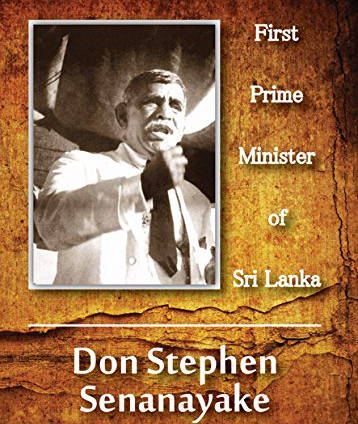 Don Stephen Senanayake   21 October 1883 – 22 March 1952) was a Sri Lankan statesmen. He was the first Prime Minister of Sri Lanka having emerged as the leader of the Sri Lankan independence movement that led to the establishment of self-rule in Sri Lanka. He is considered as the "Father of the Nation".

A planter, Senanayake became active in the temperance movement which grew into the independence movement. He was elected to the Legislative Council of Ceylon and thereafter to the State Council of Ceylon, where he served as Minister of Agriculture and Lands. He was elected to the first Parliament of Ceylon forming a government and serving as Ceylon's first Prime Minister from 1947 until his death in 1952.

He was born in the village of Botale in the Hapitigam Korale on 21 October 1883 to Don Spater Senanayake (1847–1907) and Dona Catherina Elizabeth Perera Gunasekera Senanayake (1852–1949). Spater Senanayake had made his fortune in graphite mining and at the time he was expanding into plantations and investments in the arrack renting franchise, later he would be awarded the title of Mudaliyar for his philanthropy. Stephen Senanayake had two elder brothers, Don Charles "D. C." Senanayake and Fredric Richard "F. R." Senanayake; and one sister, Maria Frances Senanayake who married F. H. Dias Bandaranaike. 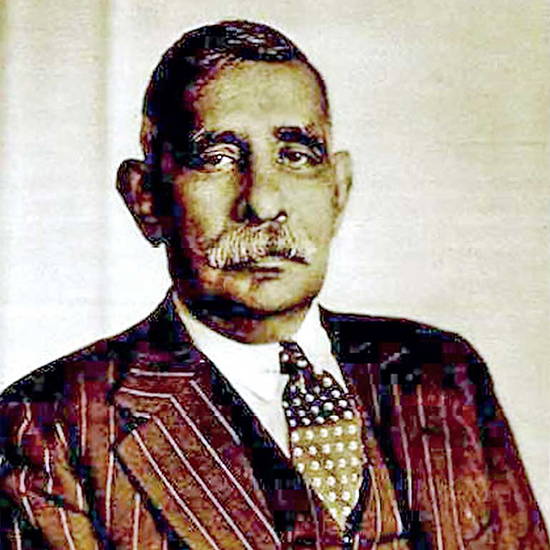 The three Senanayake brothers were involved in the temperance movement formed in 1912. When World War I broke out in 1914 they joined the Colombo Town Guard. The brothers were arrested and imprisoned without charges during the 1915 riots. They faced the prospect of execution since the British Governor Sir Robert Chalmers considered the temperance movement as seditious. He was released on a bail bound after 46 days at the Welikada Prison without charges. Brutal suppression of the riots by the British initiated the modern independence movement led by the educated middle class. Don Stephen and Don Charles were prominent members of the political party Lanka Mahajana Sabha. Fredrick Richard and Don Charles were committed supporters of the Young Men's Buddhist Association. D. S. Senanayake played an active role in the independence movement, initially in support of his brother Fredrick Richard.

In 1924, Senanayake was elected unopposed to the Legislative Council of Ceylon from Negombo. He became the Secretary (similar to a whip) of the unofficial members group of the Legislative Council, activity engaged in proceedings with a particular interest in subjects related to agriculture, lands and irrigation. He questioned in the Legislative Council the biased policies of the colonial administration in the plantain industry; the cost overruns of the Batticaloa line and the Trincomalee line; the delays in the Norton Bridge Dam and advocated for the establishment of the first university in the island close to Kandy. In 1927, he acted on behalf of Gerard Wijeyekoon in the Executive Council. When his brother F.R. died on a pilgrimage to Buddha Gaya in 1925, Don Stephen assumed his leadership of the independence movement.

At the onset of World War II in the far east, on 1 December 1941 a Civil Defence Department was formed with Oliver Goonetilleke as Commissioner. D. S. Senanayake, as Minister of Agriculture and Lands and a member of the Ceylon war council took an active role in food supply and control. He was tasked with many defence projects, including rapid construction of an airfield at the Colombo Racecourse, which he achieved; making it available for the defence of Ceylon during the Easter Sunday Raid.

During this time a close relationship developed between Senanayake and the deputy commissioner of civil defence, Dr Ivor Jennings who was the principal of the Ceylon University College. Dr Jennings, an expert on constitutional law, subsequently became Senanayake's adviser on constitutional reforms aimed at gaining independence for the island.

Senanayake was and cared for animals and owned a wide range of pets such as elephants, horses, pigs, cattle; many kept in his estate and at the Bothale Walawwa. A keen horticulturist, he grew orchids and would typically ware an orchid in the lapel of his suite. He suffered from diabetes most of his later life.

D. S. Senanayake married Molly Dunuwila in 1910. She was the daughter of R. R. Dunuwila, then Secretary of the Colombo Municipal Council and Grace Jayatilaka, daughter of Frederick Jayatilaka of the Ceylon Civil Service and District Judge of Kalutara. They had two sons, Dudley Shelton Senanayake (19 June 1911 – 13 April 1973) and Robert Parakrama Senanayake (8 April 1913 – 26 April 1986).[8] His eldest son, Dudley Shelton Senanayake, succeeded him as Prime Minister in 1952, followed by another relative, Sir John Kotelawala (1897–1980) in 1953, but this nine-year family dynasty was ended by a landslide victory for Solomon West Ridgeway Dias Bandaranaike in 1956, campaigning under the "Sinhala Only" slogan. Dudley Senanayake regained the Prime Ministership in 1960, and served again from 1965 to 1970. Rukman Senanayake, one of his grandsons, is a former cabinet minister, former chairman of the UNP, current member of parliament, and assistant leader of the UNP. 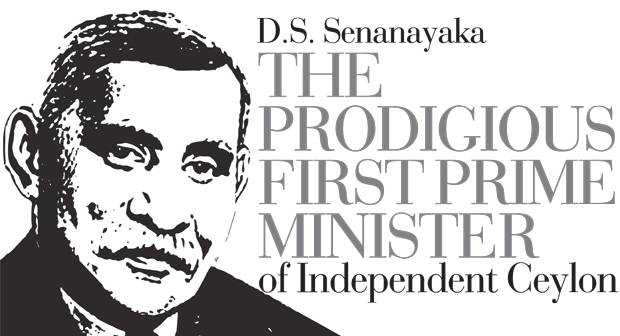 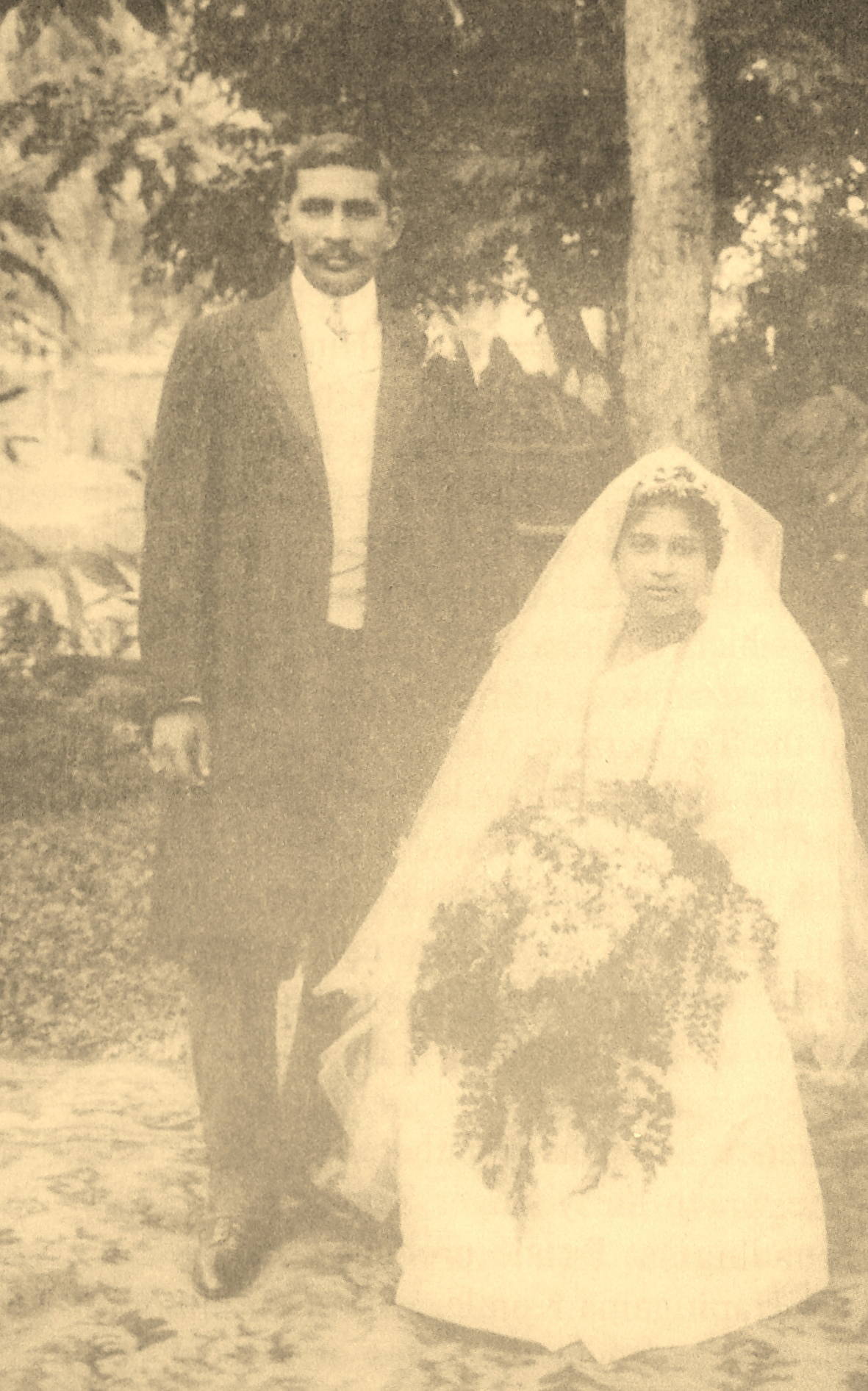 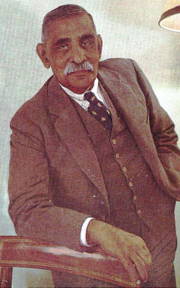 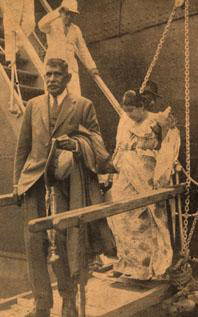